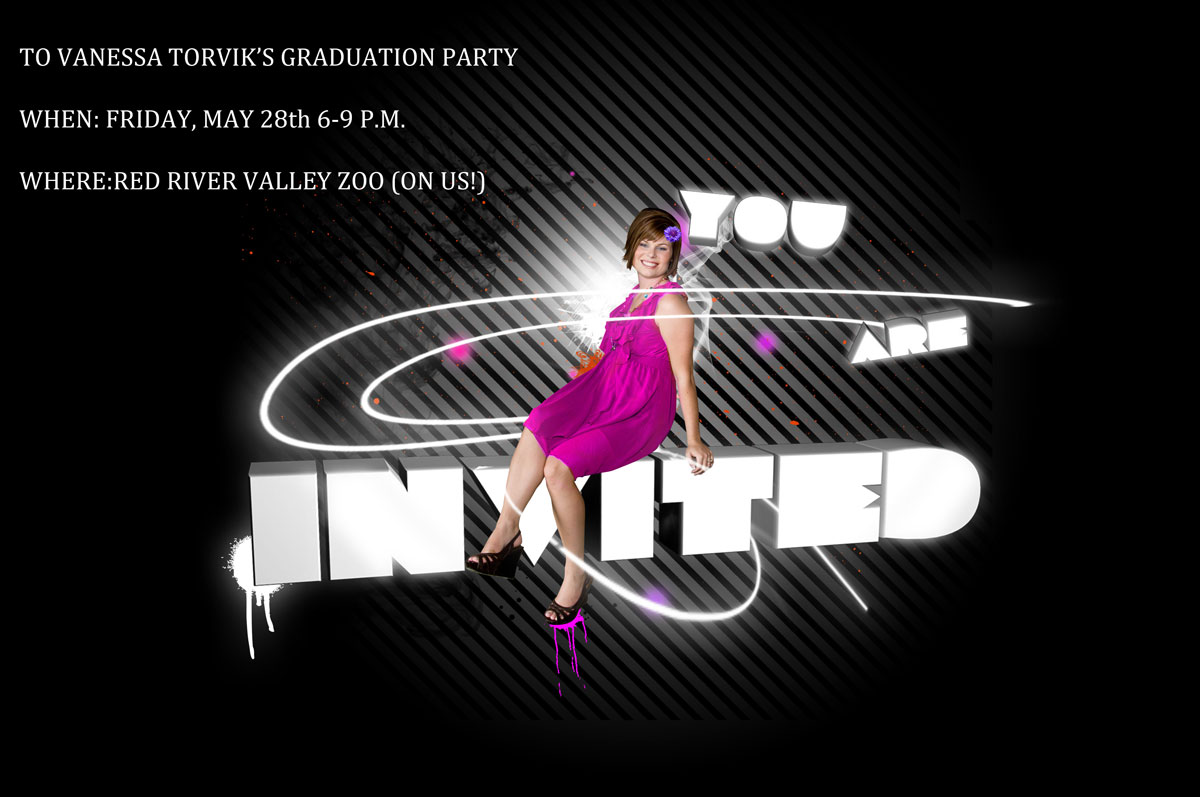 This is one of the few times somebody told me to “go wild” on a project and they were not disappointed.

The project was simply to make the coolest high school graduation invitation I could. Given those directions, I found it safe to abandon my usual rule of trying to figure out what the other person is picturing and just have fun with it.

The letters were generated in Cinema 4d and exported with some cool trick that made it so you cold select just the letters in Photoshop without mucking about with pen tools, wands, and other selection tools.

The actual model in the photo was extracted from one of her senior photos with the good ol’ pen tool and then using some light smudging to take the edge off the extraction borders.