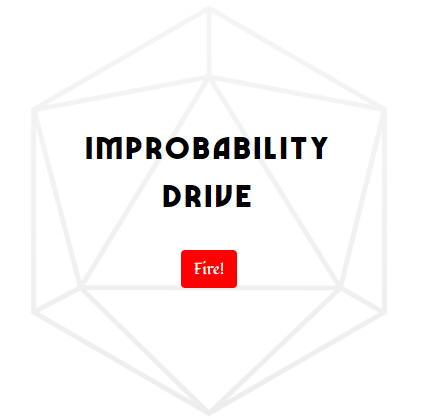 There’s this thing called the Wild Magic Surge table which crops up occasionally in a given game of Dungeons and Dragons which causes about 50 differing magical effects such as shielding yourself or exploding but it has a cooler big brother with 10 thousand possibilities! Thing is this list is kind of a pain, selecting a random event from 10,000 possibilities is a bit of a hassle with just normal dice.

Enter my web app you can check out here.

Click the big friendly button and get your wacky new spell effect!

So glad you asked, dear reader. All it does is read a local JSON file containing the 10,000 magical effects, pick one at random, and feed it into the spot where {EFFECT POPS UP HERE} starts off.

It’s bloody simple and doesn’t get much more user friendly than that.

Wanna check out the source code? Got you covered.

I made a re-skin of the application and have it rolling the standard 100 wild magic effects, see it in action here. 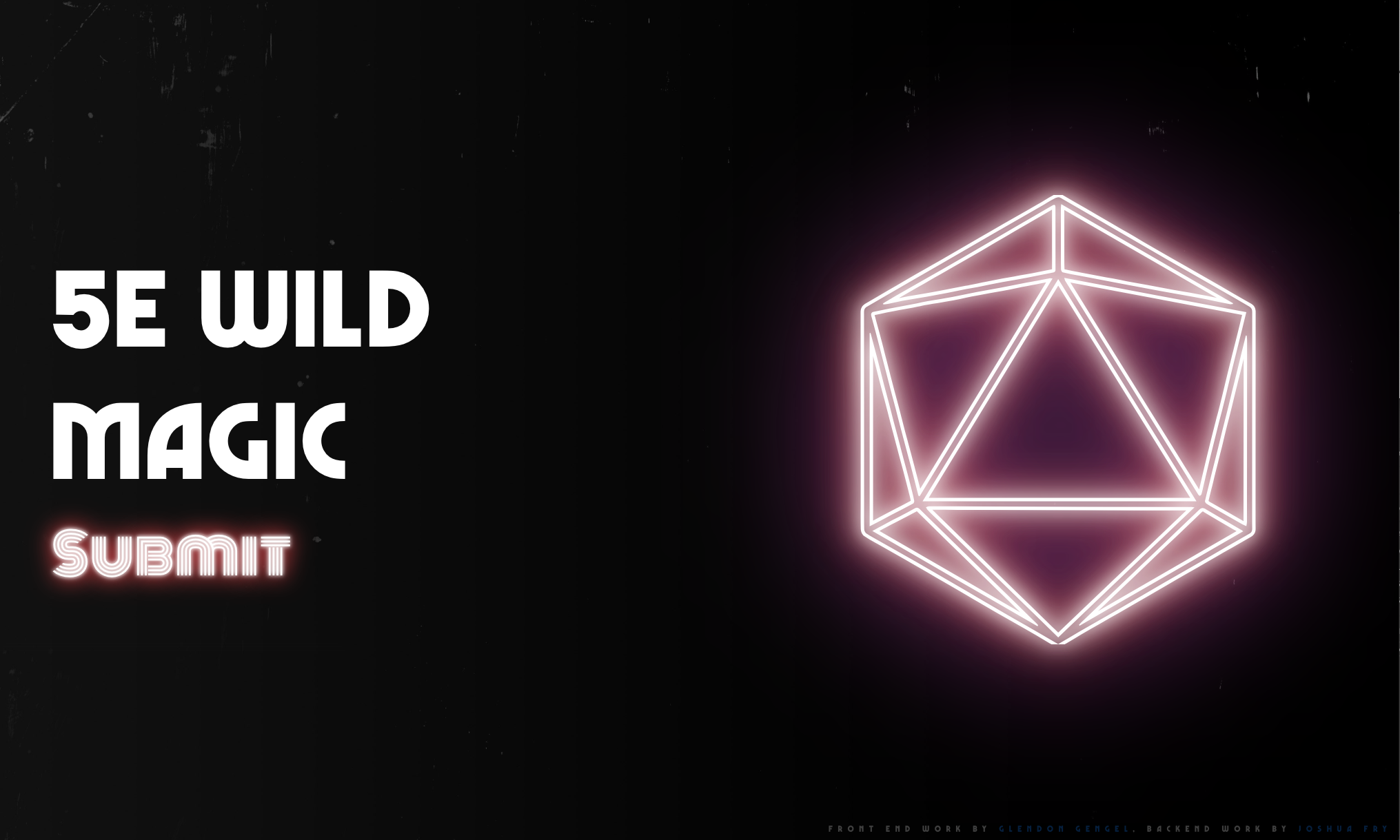 I had the bright idea that a D&D-based application was a damn good fit for that gritty laser effect Stranger Things did in their intro sequence paired up with a font called Marvin Visions, check it out and download it for free here!