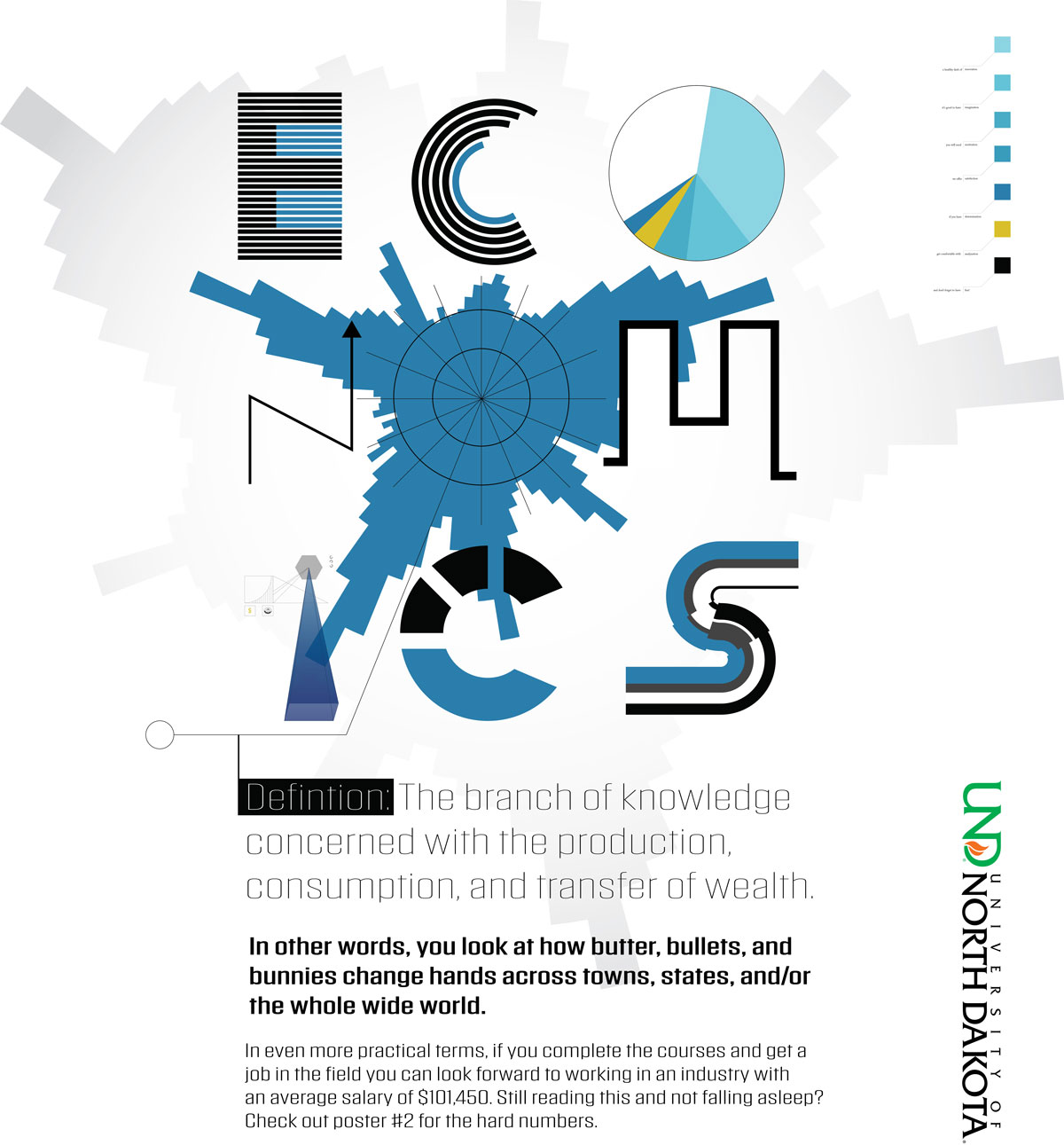 Economics turns out to be pretty darn cool

Not something I would have pictured being particularly exciting… useful certainly but not something I would expect to throw myself into full tilt and make a set of posters that I feel would fit right into Wired magazine. I was assigned by the UND business department to make a set of posters around the theme of economics to fill an oddly shaped set of frames, those specs aside I was given free reign.

I started off by digging around for the fundamentals– what is it in a few short words then working outward. Turns out the field is highly specialized and an actual job position as an economist is pretty darn rare which gives the impression there is a glut of economics degree holders with no jobs they are well equipped for but this is not the case. Turns out the econ classes train people really well to handle large data sets such as market research, accountants, and fiinancial analysts.

After finding out these guys deal with big data, my intereest really piqued since abstraction of big data sets looks really cool to me! Seeing a general trend for the poster set, I got to work selecting fonts and coming up with graphic assets that fit the theme.

After assembling a good set of assets came a seemingly endless series of revisions from the staff as well as myself but in the end, there were high-fives all around when the final prints came out. 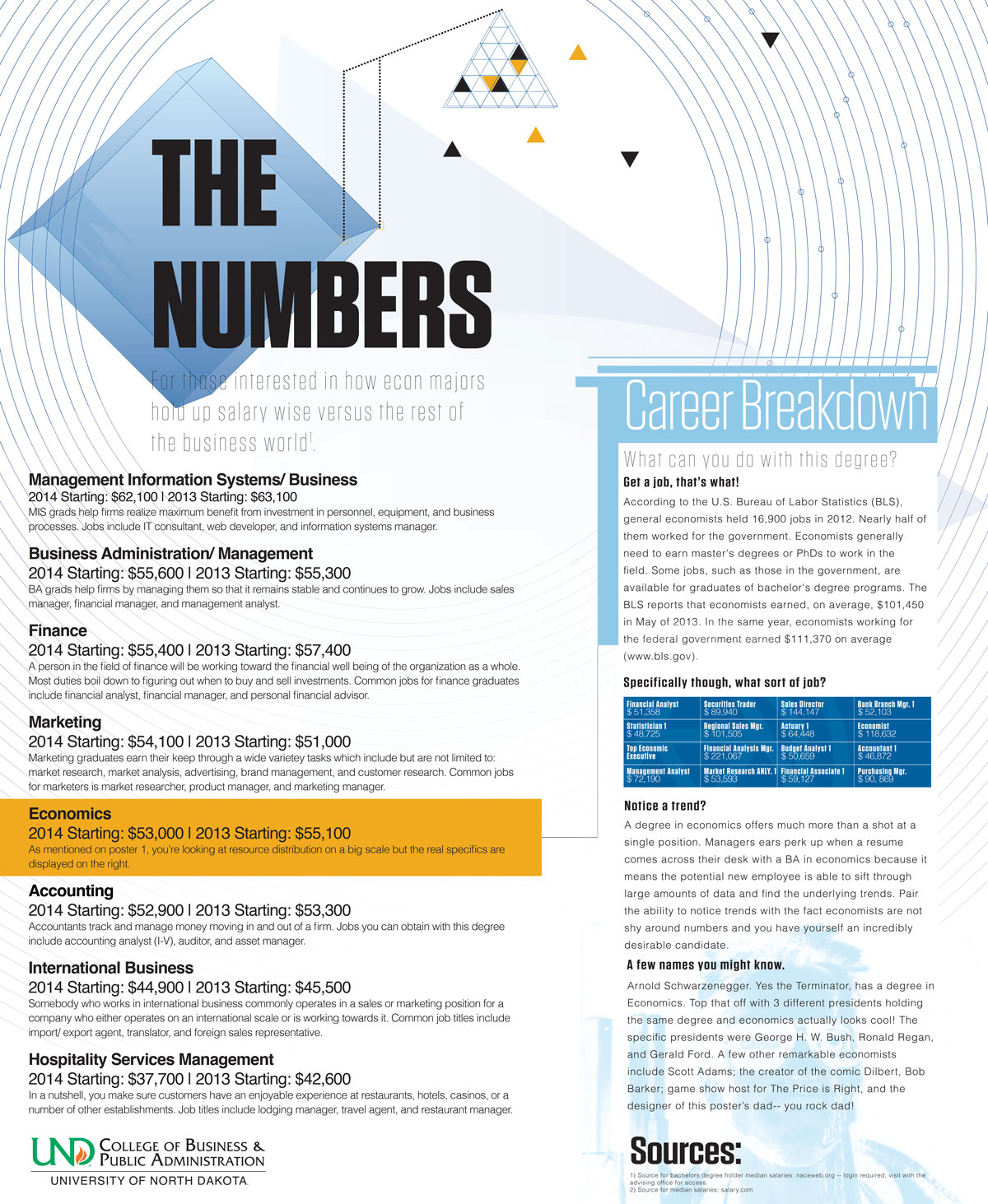 Want the print sized versions? Check them out down below!